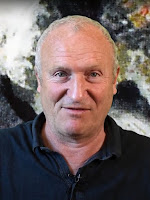 Not just a pretty face, no indeed.

Top marks to anyone who can replace the carriage returns in 4 poems posted, in this SLQ feature
and the link to a scrambling clip is just the starting point of a series that will have good sound and picture quality: any poets welcome to get in touch if they'd like to try their work in front of the teleprompter with white or green screen. YouTube

Posted by Dominic James at 04:21 No comments:

Sting of a memory, roused from its coils in the roots of the Latin:
raising my voice to my teacher, right there in the hallway. I lost it—
my grip on the weave of the grammar, the veiled indirectness of footnotes.
Red-faced, incensed at her hint that not all of the weeping was Dido's.
Calling Aeneas a jerk and a rat, almost shouting that duty,
piety, vows to the gods were all lies.
And her face. And her eyebrows
(bristly and white and just visible under the edge of a wimple)
knitting. Then both of us suddenly silent. The bell. And then moving
stone-faced toward chemistry class, while across on the opposite stairwell,
slouching, a certain young perfidus carefully stared at his loafers.

First published in The Dark Horse.

​
Maryann Corbett’s fifth book, In Code, will be published by Able Muse in 2020. Her work has won the Richard Wilbur Award and the Willis Barnstone Translation Prize and has been included in The Best American Poetry 2018. 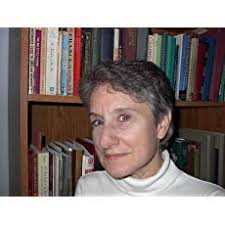 Posted by Dominic James at 01:43 No comments:

This paperback has been with me for 40 years. I loved it as a teenager and am just as engrossed today.  Wiser by a lifetime?  I guess not, in the final analysis, we discover only ourselves.

Hats off to the chemist’s son who recommended Mann, and detail of Lovis Corinth is still the right cover illustration for me.

Posted by Dominic James at 02:40 No comments:

and eat no fish

Tom Fleming, memorable as Kent in the 1971 Peter Brook and Paul Scofield production of Lear.  I’m reminded how good he was seeing a portion of the recent production the other night.  A good cast, as I judge and all enthusiasts, BUT, Kent cuts to the soul of the piece, we reduce his part at our peril. We need his age and quality.  Marvellous bloody play

KENT
I do profess to be no less than I seem; to serve
him truly that will put me in trust, to love him
that is honest, to converse with him that is wise
and says little, to fear judgment, to fight when I
cannot choose, and to eat no fish.
LEAR
What art thou?
KENT
A very honest-hearted fellow,
and as poor as the king.
LEAR
If thou beest as poor for a subject
as he’s for a king, thou'rt poor enough.
What wouldst thou?
…
What services canst thou do?
KENT
I can keep honest counsel, ride, run, mar a curious
tale in telling it, and deliver a plain message
bluntly: that which ordinary men are fit for, I am
qualified in: and the best of me is diligence.
KING LEAR
How old art thou?
KENT
Not so young, sir, to love a woman for singing, nor
so old to dote on her for any thing: I have years
on my back forty eight.
LEAR

Posted by Dominic James at 03:52 No comments:

If they’re amusing do subscribe AND if your poetry deserves a permanent airing, do get in touch.
Posted by Dominic James at 01:23 No comments:

Around here, Covid-19 remains at a distance despite cautions growing into the shape of a crisis.  A devil’s advocate piece below didn’t make the film and narration practice linked through above, which in the end included a shot of McG washing his hands rather than my fiddling about with autofocus over the taps at home. Here we wait, follow the daily count, weigh the human cost as best we can. Predictions are only a working out of the problem.

The old man believes in legalese: Clean hands,
he says, shows seamless palms to illustrate
a point, in part he means to keep good conscience.
As if he thought, like Pontius Pilate,
washing hands gained distance from his office.
I’d say, sophistry lacks heart.


The stain runs deep below the skin
and will not fade,


duty is owed community,
neighbours, parents, it will not do to say:
I do not know, I did not act.
In truth, I did not want to know. In fact,
I dare not think about – what would you say? –
the family at large.


In short, he might say: Let them rot.
Humanity. That seething mass,
in all its dirty ways.
Posted by Dominic James at 01:07 No comments: 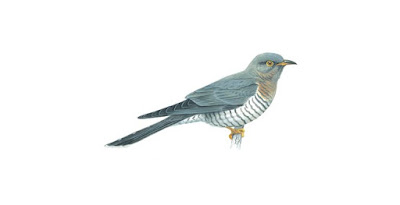 Oh the Cuckoo she’s a pretty bird,
She singeth as she flies,
She bringeth good tidings,
She telleth no lies.

She sucketh white flowers
For to keep her voice clear,
And the more she singeth cuckoo
The summer draweth near.

Posted by Dominic James at 01:03 No comments: