Less chops than scraps, and scraps of thought at that, the least part of reactions this last day or two to my haul of books – in any bookshop's poetry section I'll snap up Mandelstam – the series does not work.
Notebooks keep the random lines one wouldn’t want to throw away in case they turn to something more, and if they did exceed their start then still they fail to be word exercise equivalent to the musician’s daily chops, even wishing to suggest it, suggests too much. There will be no trays of snacks in rhyme for this perpetually hungry blog.  Comments…  ach.

The plash and Walkman
of the perennial Redgrove
groping with lingam and yonii
in ancient, undoubtedly beautiful caverns
wet in the ever so slow movements
of his latest book was penned in
somewhere near Kingston on Thames
where I also lived sometimes
fifteen years ago. 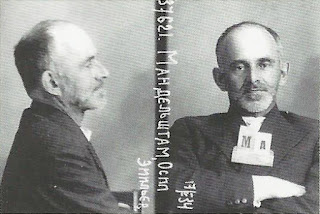 In English twice translated, more,
from initial thought, completed
to conversations with his wife;
the resultant verse on paper
was inevitably half opaque
but Osip shines, he shines.